Is Your Child Intelligible? 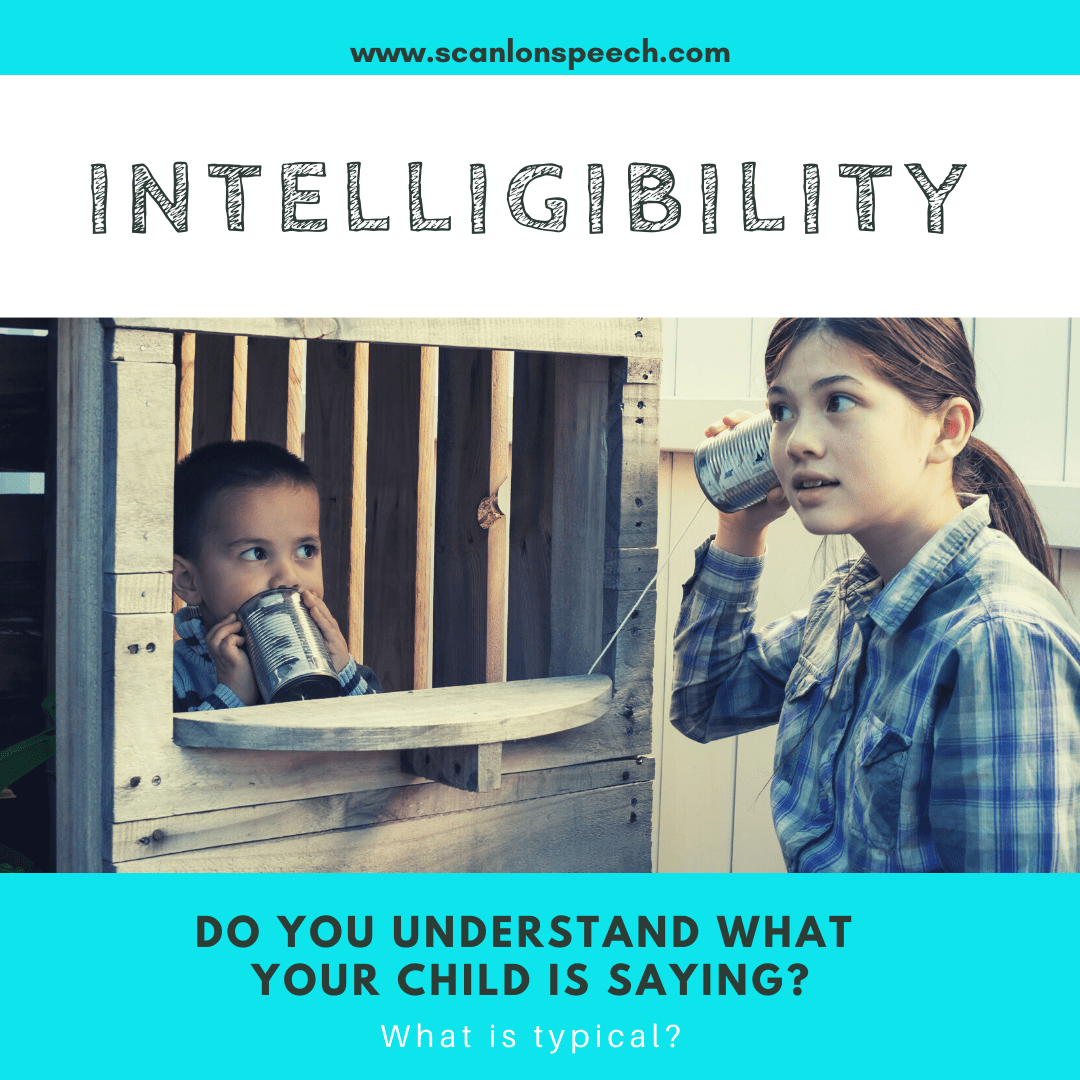 Is it challenging to understand what your child is saying?

Intelligibility can be defined as “the extent to which an acoustic signal, generated by a speaker, can be correctly recovered by a listener” (Kent, Weismer, Kent, & Rosenbek, 1989).

In other words, intelligibility is how well the speaker’s speech is understood by the listener. Two parties are involved in the measurement of intelligibility.

Intelligibility is typically measured by parents via surveys and questionnaires. For instance, The Intelligibility in Context is a quick parent report that many speech language pathologists use to obtain information on the child’s perceived intelligibility. It asks parents to rate the degree, on a 5-point scale, to which their children’s speech is understood by 7 different communication partners (parents, immediate family, extended family, friends, acquaintances, teachers, and strangers).

When Are Children 100% Intelligible?

Intelligibility norms tend to vary. The following information has been adapted from ASHA’s comprehensive summary  – Neurological and developmental foundations of speech acquisition.  It may help you in deciding whether or not to seek the assistance of an experienced and certified speech language pathologist:

Additional research reveals that by 3 years old  = 73% (or, 50-80%) of children are intelligible when judged by three unfamiliar listeners. (Vihman, 1988)

It should also be noted that according to Vihman,  “…children who used more complex sentences were more difficult to understand (1988).”

If the above information is too hard to remember, here’s a good GENERAL rule of thumb:

*This does not mean that they are saying every sound correctly. A speaker can still have articulation errors or other speech subsystems errors and still be intelligible.

There are 5 speech subsystems:

According to an online CEU course I recently completed titled, Assessments and Differential Diagnosis of Speech Sound Disorders, Dr. Lynn Williams, Ph.D., talks about a critical age hypotheses for remediating unintelligible speech. According to research by Bishop and Adams (1990), she explains that

Since most unintelligible children do not seek speech therapy treatment until approximately 4 years of age, speech therapy must be efficient and effective at remediating the speech disorder.

What Causes Difficulty with Intelligibility?

Some parents often wonder why their child is unintelligible.

The following can negatively impact intelligibility:

According to Bishop (2010), 10% of children have developmental speech sound disorders.

What Can You Do to Help Increase Your Child’s Intelligibility?

The Mega Bundle for Articulation Therapy is a must-have for your speech therapy closet!

Check it out below: 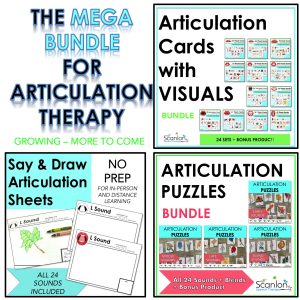