Speech Therapy for Preschoolers: How to Target the Possessive ‘s

Speech Therapy for Preschoolers: How to Target the Possessive ‘s 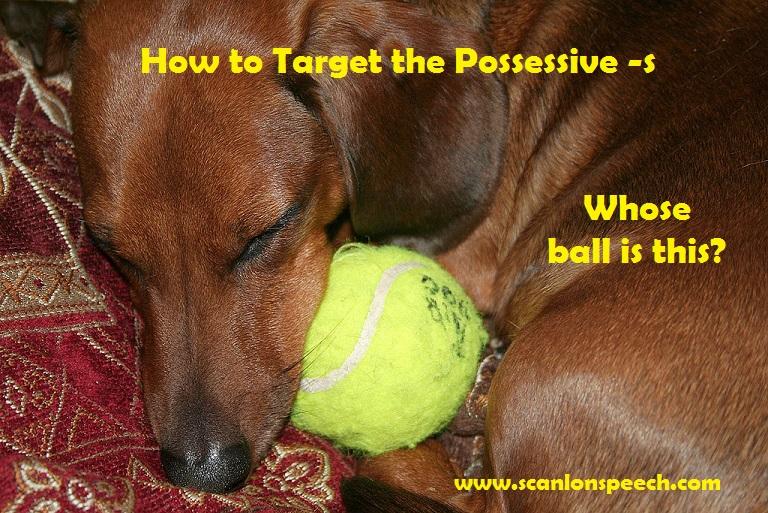 Recently, I’ve worked with several preschoolers who were omitting the possessive – ‘s. Instead of “daddy’s shoe” it would be daddy shoe or “Mary thumb” not Mary’s thumb. Children usually begin to mark possession by using the name of the possessor before the object. Thus, if the child said daddy shoe, he is indicating that the shoe belongs to daddy and he demonstrates understanding the concept of possession. It’s also important to note that some of my clients had fairly good phonology skills and were no longer deleting final consonants. The phonological process of final consonant deletion can be common in children up to the age of 3 years old. This confirmed that they weren’t deleting the -‘s just because they were in the habit of deleting the final consonants. Thus, I embarked on targeting the possessive – ‘s!

Acquisition of the possessive –s is variable in young children, according to most norms it should be acquired by 3 years and 2 months. The possessive –’s is typically acquired after the plural s (as in cats, dogs, toys) but before the third person singular (as in walks, talks, runs).

Rather than using pictures to begin targeting the possessive –’s, I used objects. This is because 3 dimensional objects, whether they’re articles of clothing or toy body parts, are tangible and can be manipulated. Also, I elected NOT to incorporate the client’s own objects or body parts because I found that the child would naturally want to say “my nose” or “my shirt”. I didn’t want them to fall into the habit of talking like Elmo by referring to themselves in the 3rd person. 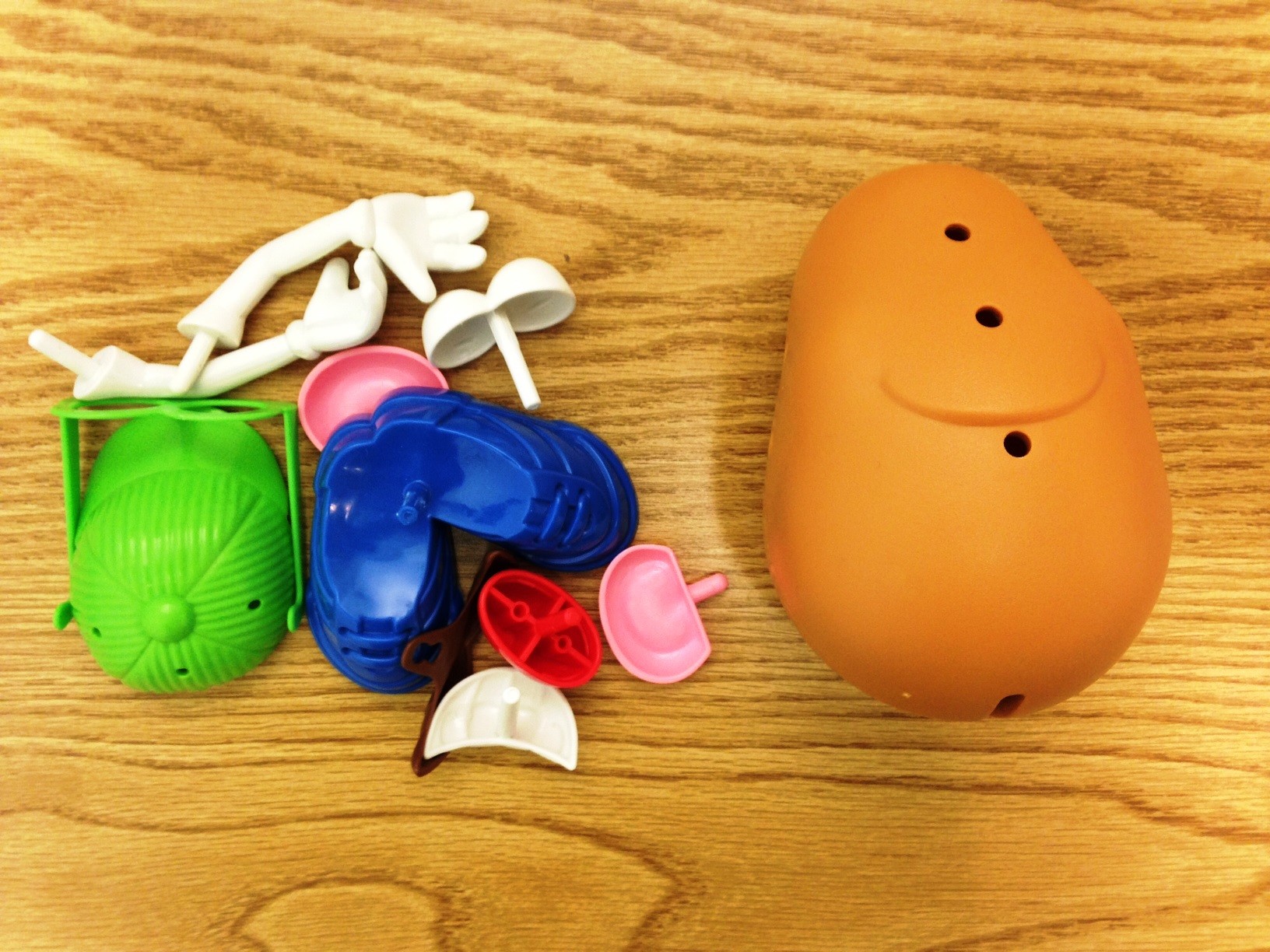 3. Designate items that belong to each character 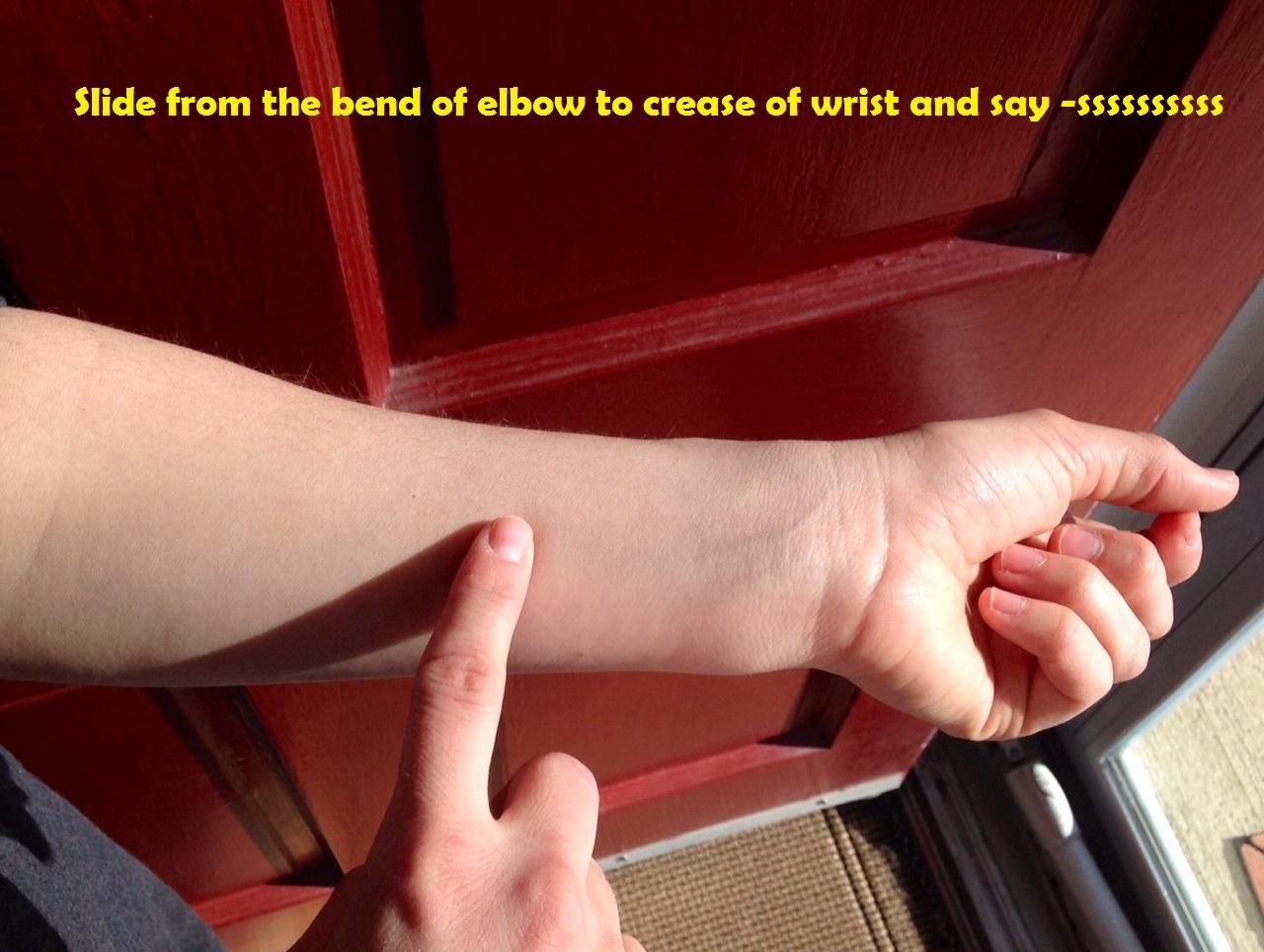 I hope you’ve found this helpful! If you have any other tricks or tips, please comment below. And, don’t forget to check out Carrie’s Clark’s awesome book at Speech and Language Kids!