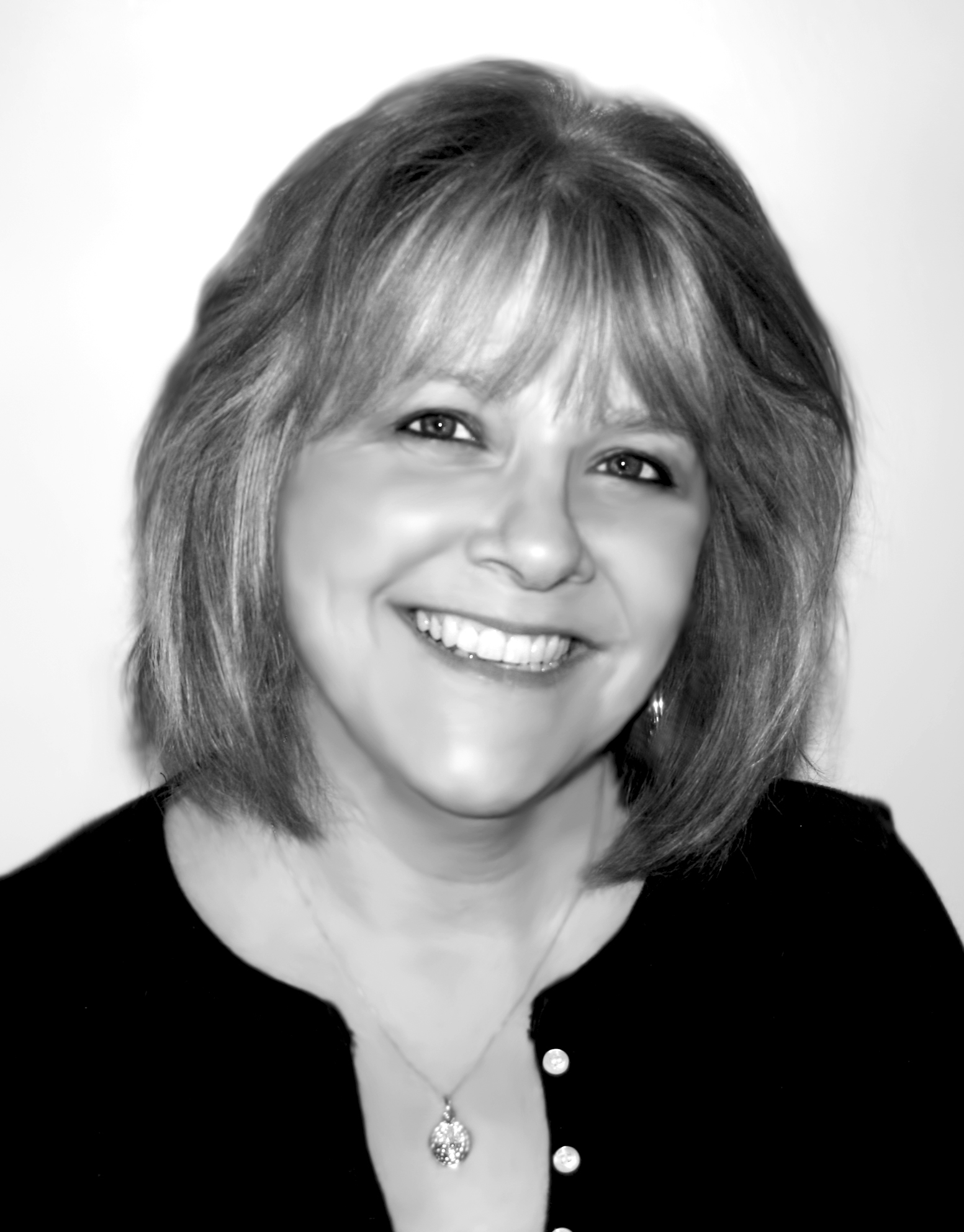 Welcome to another installment of Lightening Round Interviews. For these interviews, I “speak” with experts in various professions related to speech therapy, literacy, and early childhood development.

Today, it gives me great pleasure to present speech language pathologist, Mary Billings. In addition to being certified by the American Speech and Hearing Association (ASHA), she is a Certified Orofacial Myologist (COM) and President Elect of the International Association of Orofacial Myology (IAOM). Mary has expertise in diagnosing and correcting orofacial myofunctional issues and the resultant swallowing and posture disorders.

Mary will participate in a lightening round interview of 5 questions on the topic of pacifier use and its effect on oral motor development and speech. The first question is always personal and related to how the interviewee became interested in working in a particular area or with a special population. For the last question, I ask for recommended resources.

As a SLP I had received a great many referrals over the years to address “tongue thrust” but it wasn’t until my two sons had both undergone and completed orthodontic programs that my interest magnified. Both of them had unaddressed myofunctional issues that resulted in immediate orthodontic relapse a well as other issues. At that point, I took a general CEU course on the topic and became intrigued with the magnitude of the disorder. A year later I took my Certification Course and began a professional journey that has made me a much better clinician and specialist in orofacial myology.

2. What causes Orofacial Myofunctional Disorders? Can some of them be prevented? How can (over)use of the pacifier contribute to improper orofacial development?

Answer: The etiology of Oral Myofunctional Disorders are varied.  Chronic upper airway obstruction from enlarged tonsils or adenoids, allergies, or conditions that impede nasal breathing in children can result in mouth breathing. Consistent mouth breathing leads to postural changes of the jaw and lips.  This in turn, establishes the tongue in a low forward resting position within the cradle of the jaw rather than along the hard palate. Other etiologies might include an infant with a history of poor suckling or poor oral coordination while feeding; or neurological or developmental delays. Sucking habits are also a precursor to development of long-term oral myofunctional problems.

Prevention is the common goal among all professionals trained in Oral Myofunctional Disorders. Relying on normal developmental processes is the most effective way of preventing the development of OMD’s. Establishing appropriate feeding and swallow patterns from birth; using appropriate nasal breathing by addressing any chronic airway obstruction; as well as eliminating early sucking habits can reduce the occurrence of OMD’s later in life. Another area that is often overlooked is the necessity of developing strong chewing skills. With the advent of so much processed foods in the diet today, studies have shown that humans are chewing nearly 50% less than they did in the l970’s.  I see many individuals in my practice whose sole diet is comprised of soft foods only.  As a result, I see a great deal of orofacial muscle flaccidity and lack of coordination.

3. Many children I treat have used the pacifier for two or three years, sometimes even longer. In your expert opinion, when and why should children stop using the pacifier?

Answer: This is a tricky question, Kim! Pacifiers, in and of themselves, can be quite beneficial to certain newborns who have a stronger need to suckle or suck. And it has been estimated that 100% of children have a “sucking habit” at some point in their life. However, there is a physiological process where an infant moves from a “suckling” pattern to a “sucking” pattern to a more mobile “collection and swallowing” pattern. Pacifiers can help infants with oral muscle flaccidity, difficulties with latch during breastfeeding, or encourage sucking in pre-term newborns. The problem lies in the duration of the use of the device. Typically, the reflexive need to suck slows by approximately 5 months of age. This is also when we begin to hear our children coo and babble quite a bit. That is the appropriate time to stop offering the pacifier. Babies also begin the teething process so chewing on rings, fingers, etc is common for self-soothing. Babies who continue with pacifier use often then begin to develop an open lip posture; caused by the ever presence of the Binky. They are less like to imitate facial expressions; imitate movement; or verbalize.

The American Academy of Pediatrics supports of the use of pacifiers to reduce the risk of SIDS in infants. However, studies show that 90% of SIDS deaths occur before the age of 6 months of age. Using a pacifier after that time is simply not necessary and instead becomes a “nurturing” pattern the parent offers to the child. And it also a dependency that becomes much harder to break the older the child becomes.

4. What is the most effective way to break the pacifier habit? Should children be weaned or should they stop cold turkey?

Answer: Emotional dependency, other than on a parent/caregiver is simply not present in an infant. It is, however, something that develops over time. For instance, my daughter never accepted a pacifier or bottle nipple at any time. (It made feeding complex when I was working.) But from her time of birth, at bedtime, I would lay her down with her special blanket. It became her special ritual and offered comfort. As she grew, she came to look for her special blanket and never fully gave it up until she was 10 and I sneaked it away. Limiting the exposure to a special item, often makes it simply more difficult for the child to detach and then elimination becomes a contest of wills. My suggestion is to simply remove it from their environment before they can become emotionally attached to it. The infant may fuss for a day or two but will easily adjust to a new offered comfort like rocking, swinging, or a frozen chew.

If the child is older, this issue becomes much more complex. The term “weaning” is often used in eliminating the use of a pacifier. But “weaning” is a more natural process where the child detaches on their own and is usually ascribed to breastfeeding. I have had 4 year- old children come for speech therapy who still have not “weaned” from their pacifiers. Is it any wonder their speech has been impacted? If a child is a bit older, it does become necessary to “discuss” the pacifier issue with them and prepare them for a set deadline when it is taken away. I have had parents have a child help wrap them up as a present and ship them off. Other parents have thrown them in the trash in front of the child. Still others have packed them up with old baby clothes and toys and then given them to friends. (Naturally the friends threw them away later). All of these are a way for the toddler to say “goodbye” and understand that pacifiers are for “babies.”

An older child will have a better memory of their attachment and parents should expect some resistance, crying at night, or in some cases temper tantrums. Redirection and calm explanation is the best way to handle those reactions. It is important to remember that virtually all children eventually give up their pacifiers. Dependency on a pacifier in a toddler can often be attributed to the parent themselves who choose to “quiet” the child by offering it or by well-meaning family and friends who have a limited understanding of the long term risks associated with extended pacifier use. However, if pacifiers are not eliminated at the appropriate time, the family runs a much greater risk of requiring therapy to address oral myofunctional disorder issues in the future. Those of particular concern are the patterns that change the natural breathing pattern as well as the development of the palate, jaw, and emerging occlusion in children.

5. Can you recommend any resources (books, websites, others) to help readers learn more about Orofacial Myofunctional Disorders and or resources on how to break persistent oral habits like using the pacifier?

Answer: There are a variety of different resources available that provide information on the detrimental effects of non-nutritive sucking (NSS) and a whole host of blogs on how to eliminate a pacifier.  Thumb and digit sucking habits are more complex and often require a structured program. If so, a professional orofacial mycologist certified in the disorder (COM) can offer an effective option for digit sucking elimination.  For more information on pacifiers, however review the article listed below!

Thank you so much, Mary, for participating in Lightening Round Interviews!